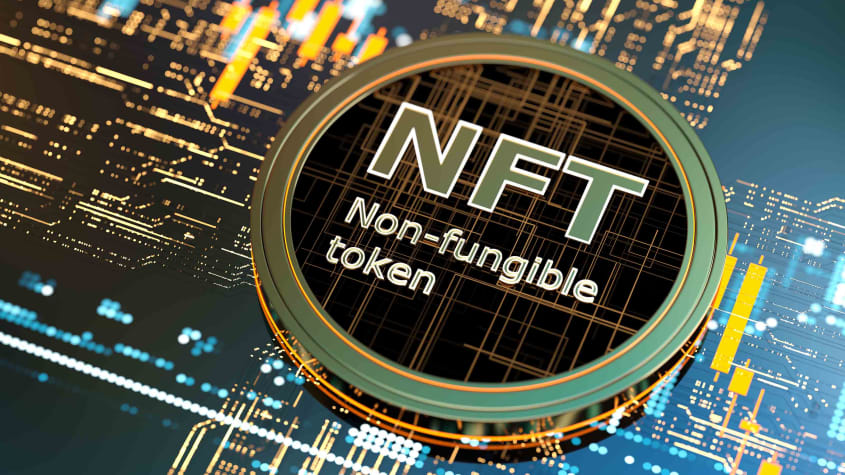 2021... Oh how I miss that year. I had bought a Bored Ape in the February of that year and saw the price soar as time went on, and it was great. Everyone was excited about NFTs, they were the future after all and so many great projects such as BLACKEDNFT and MetaGirlfriends changing the game, it was a good time to be alive. However, it all changed when former God Emperor and now traitor Elon Musk embarassed the proud crypto space with his promotion of Dogecoin and help lead the age of crypto and NFT stagnation we see now.

Cryptocurrencies and NFTs were gonna change the world in 2022 but men like Musk ruined it and could have a utopia by now where people paid each other in Bored Apes than the fake monopoly money we still use. However, to reflect back onto the title of this article: Are NFTs dead? Quite the contrary, I believe with enough work we can bring NFTs back to the forefront of digital currency, just imagine if enough of us managed to get Andrew Tate to make his own NFT range, it would be so awesome and make NFTs respected again. In fact depsite everything that has happened I still have my Bored Ape and it can still be seen framed in my house, I never plan to sell as that's what the finanical institutions want and if I have to take up extra hours at McDonalds so be it, cryptocurrenices are the future and in the future I want to release a similar project to MetaGirlfriends called LoliNFT, I have friends on Discord and Reddit who would love just love it, imagine owning your own petite lolicon on the metaverse, frankly it would be heaven and I could have a Pantiescoin to accomodate it as the NFT will generate it as long as you own a LoliNFT. NFTs have a bright future ahead and don't let finanical institions and those chuds who collect precious metals tell you otherwises, the future is digital currency and no matter how much governmental bodies outright ban all the digital currency I own, I'm sure someone will want it, what could go wrong.

Anyways, I have a Gofundme which I'll link accordingly as I'm really low this month and my landlord says he's had enough so please donate if possible, thank you: https://www.gofundme.com/f/help-Jimbo Savile-after-using-all-his-money-on-monkey-pictures-?qid=1f2f02b10e1e1dcfb865f52ecb3690dc